NOLAPS, PATOIS AND ZEITGIEST
THANK THE NEW ORLEANS COMMUNITY FOR
SUCH A GREAT TURNOUT AT THIS YEARS
THE 3RD ANNUAL MIDDLE EAST FILM FESTIVAL 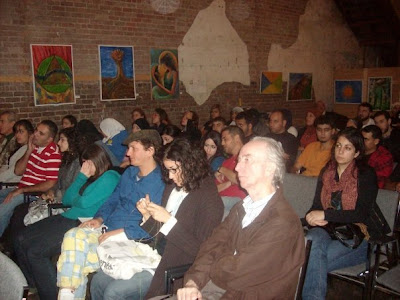 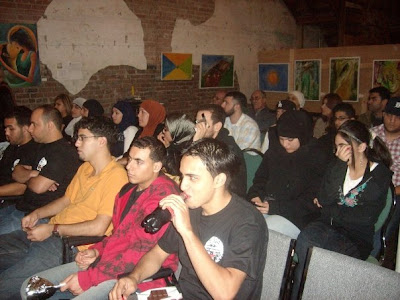 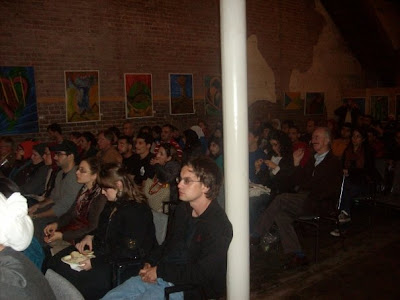 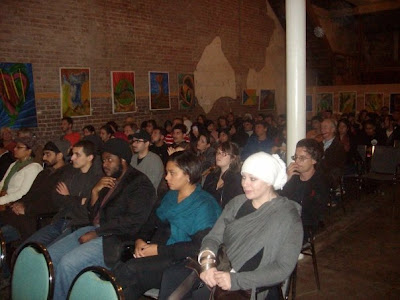 photo's by Haitham Eid.
Posted by New Orleans Palestine Solidarity at 11:59 AM 1 comment: 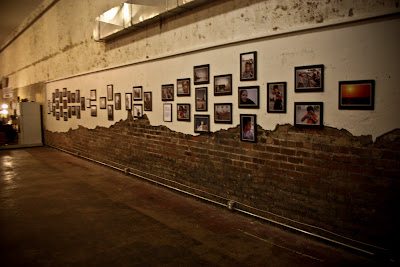 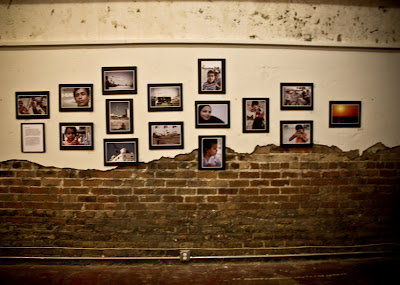 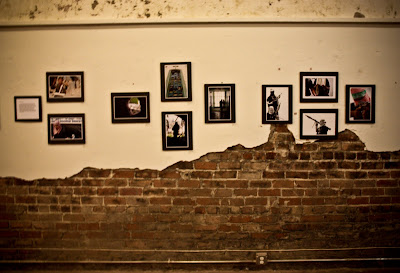 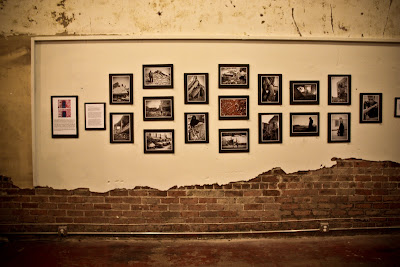 Many many thanks to the overwhelming support and feedback NOLAPS
members have recieved on their ongoing photography show about Gaza.
For those who haven't seen it yet, the show runs through December 30th so make sure to
drop by and we LOVE and appreciate any and all comments and feedback.

An Exhibition of photographs and videos from the NEW ORLEANS HUMAN RIGHTS DELEGATION’S recent humanitarian mission to Gaza.
On view nightly through December 30, presented in conjunction with PHOTONOLA, a citywide photography expo and Zietgiest.

FREE AND OPEN TO THE PUBLIC
Posted by New Orleans Palestine Solidarity at 1:49 PM No comments: 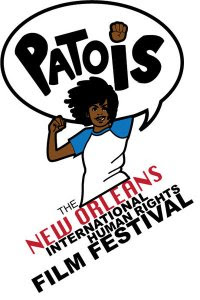 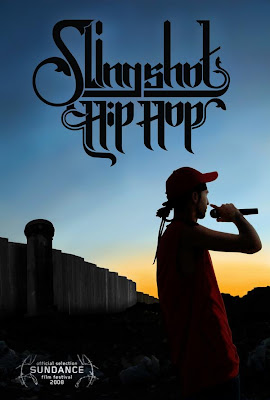 OPENING NIGHT:
Thursday, November 12 @ 9:30 PM
SLINGSHOT HIP HOP by Jackie Salloum.
Slingshot Hip Hop braids together the stories of young Palestinians living in Gaza, the West Bank and inside Israel as they discover Hip Hop and employ it as a tool to surmount divisions imposed by occupation and poverty. From internal checkpoints and Separation Walls to gender norms and generational differences, this is the story of young people crossing the borders that separate them. Slingshot Hip Hop is narrated by Suhell, whose older brother Tamer is DAM's front man. After examining the roots of that group, we meet several of the groups they inspired, including PR (Palestinian Rapperz), whose members live in the prison-like Gaza, unable to leave to meet their fellow hip-hoppers in person. It's when the focus is on those injustices and hardships that the film is at its most powerful. There's a particularly sad segment about kids living in a refugee camp that put on an illegal rap show and wind up in prison on trumped-up charges. Featuring Palestinian hip hop artists DAM, PR (PalestinianRapperz), ABEER a.k.a. SABREENA DA WITCH, ARAPEYAT, MAHMOUD SHALABI from AKKA , etc. Winner Audience Awards – Beirut Film Festival, Doxbox Film Festival, Films De Femmes and Festival De Libertes. (83 mins. Palestine)
GENERAL ADMISSION $8, STUDENTS $7, FULL FESTIVAL PASS $50.00 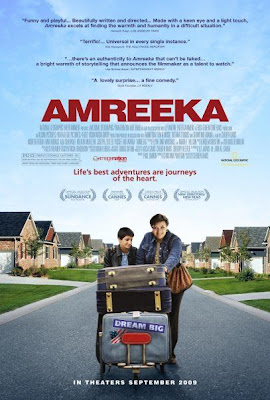 CLOSING NIGHT:
Sunday, November 22 @ 7:30 PM
AMREEKA by Cherien Dabis.
Amreeka chronicles the adventures of Muna, a Palestinian single mother who leaves the West Bank in Ramallah with Fadi, her teenage son, with dreams of an exciting future in the promised land of small town Illinois. In America, as her son navigates high school hallways the way he used to move through military checkpoints, the indomitable Muna scrambles together a new life cooking up burgers (and the occasional falafel) at the local White Castle. Told with heartfelt humor by writer-director Cherien Dabis in her feature film debut, Amreeka is a universal journey into the lives of a family of immigrants and first-generation teenagers caught between their heritage and the new world in which they now live and the bittersweet search for a place to call home. Amreeka recalls Dabis’s family’s memories of their lives in rural America during the first Iraq War. The film stars Haifa-trained actress Nisreen Faour as Muna, and Melkar Muallen plays her 16-year-old son, Fadi. Also in the cast are Hiam Abbass (The Visitor, The Lemon Tree, The Syrian Bride), Alia Shawkat (Whip It), Yussef Abu-Warda and Joseph Ziegler. Shot in Ramallah and Winnipeg, this Palestinian/Canadian comedy won the International Critics Prize at Cannes; the Humanitas Prize and the Heartland “Truly Moving Picture” Award. Co-presented by Patois: New Orleans International Human Rights Film Festival and NOLAPS. (96 mins. Palestine)
GENERAL ADMISSION $8, STUDENTS $7, FULL FESTIVAL PASS $50.00
The New Orleans Human Right Gaza Delegation
Photography Show
November 12th- December 30th
1618 Oretha Castle Haley Blvd,
Zietgiest Multi-disciplinary Arts Center
An Exhibition of photographs and videos from the NEW ORLEANS HUMAN RIGHTS DELEGATION’S recent humanitarian mission to Gaza. Seven New Orleans photographers, filmmakers, organizers and human rights workers traveled in solidarity as part of this historic delegation to Gaza. Members of the delegation have published accounts of their trip throughout the world. On view nightly through December 30, presented in conjunction with PHOTONOLA, a citywide photography expo and Zietgiest.
FREE AND OPEN TO THE PUBLIC
The New Orleans Human Right Gaza Delegation
Second Community Report Back
Sunday, November 15 @ 5:30 p.m.
1618 Oretha Castle Haley Blvd,
Zietgiest Multi-disciplinary Arts Center
NEW ORLEANS HUMAN RIGHTS DELEGATION presents a program of videos, essays and documents which accompany their exhibition of photographs by delegation members (on display throughout the festival). Seven New Orleans photographers, filmmakers, organizers and human rights workers recently traveled in solidarity as part of an historic delegation to Gaza. Since returning the members of the delegation have reported their “witnessings” on websites and publications throughout through out the world. They will present their collective and individual first hand accounts and documentation of the realities in Gaza including the videos PRISONERS OF GAZA and GAZA UNDER SIEGE by delegation members Jordan Flaherty & Lily Keber.
FREE AND OPEN TO THE PUBLIC
Much thanks to Zeitgiest, LadyFriend LLC., and the Monde Noir Photography Collective.
Posted by New Orleans Palestine Solidarity at 4:23 PM No comments: